The elusive search began at such an early age. Without even a true understanding of the word, Dina had been searching a lifetime for this and yet all the time and effort, money and thought, it’s elusive quality still remained the greatest obstacle to overcome. Nothing she had done had acquired perfection. Dina had realized sooner than she wanted to that as well as elusive, there was no standard by which to measure perfection. She knew that God had so eloquently stated that because of our imperfection, He loved us anyway. Accepted us as we are. Why not? He created us. 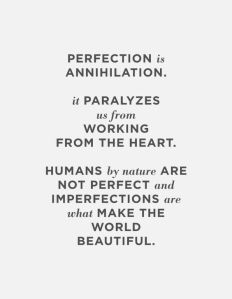 However, by the world’s standard, perfection was real. The perfect job, husband, home, children and church. She had been searching for this since the age where perfection in beauty had claimed her heart first. Pam, her best friend, didn’t understand what all the hoopla was about. She had accepted herself for who she was at such a young age. However, Dina knew that Pam’s mother had had some real issues with Pam’s father. Not sure that is why Pam couldn’t get caught up in the hoopla. She was too busy focusing on the drama in the house. But, in reflection, Dina could see the calmness of Pam, there was a quiet peace she couldn’t put her finger on. 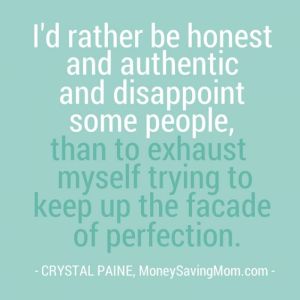 Pam had been a true cater-cousin. The intimacy they shared had been perfect. Pam had accepted her for who she was and as well, she had accepted Pam. They shared what they were experiencing at such a young age. The conversations ranged from everything about their families to boys and God. In reflection, Dina realized that Pam had found God early. She thought about the summer camp she had gone to with Pam. It was a Christian camp. It was fun but full of learning about living and working with others. Dina had not been into God when she was in her teens. However, Pam’s relationship with God had certainly put an aspect of God on her mind. Back to the perfection thing. Pam never tried to reach for perfection at any time that Dina could remember. Or did she? The quiet confidence Pam had spoke volumes even now. Though she had not spoken to her in quite a few years, Dina’s reflection continued between the two subjects, her best childhood friend and perfection.

Dina’s reflection turned to focus more on the perfection matter. When did she even start striving for perfection and based on what standard? That question boggled her mind at this time. She thought about how she was always comparing herself to someone else. The aspect of beauty she learned had been from magazines and television. Dina did not recall any conversations with her mother about what beauty was, whether real or imagined, true or false. She thought about what she had seen that was classified as beauty. The size eight, long hair, perfect makeup and trending couture was in the front of her mind at this time. She could afford none of those things. Being tall and somewhat gangly, the perfect size eight still did not fit her. Too skinny. And now: Big hips, big thighs, big lips and brown eyes. Not the picture that she compared to.

Thinking about perfection in love. What does that even look like? She knew the perfection of this one relationship she had with Pam. Maybe that was what it looked like. Someone loving you no matter what. Accepting you for who are, flaws and all. Being free around you and just living life. Was she confusing Pam with God? Or was the relationship with Pam presented as an element of what a relationship with God would like? God would have to be better, though. Wouldn’t He? Pam is a human being and with all the great things about her, she could change. God doesn’t. He is same yesterday, today and forever. Now, is that true perfection?